Solving a conjunctival Hyperemia with the ESP

Home » Solving a conjunctival Hyperemia with the ESP

Solving a conjunctival Hyperemia with the ESP

Javier Rojas received his Bachelor of Science in Optometry from the University Complutense in Madrid. Following his Bachelor he achieved a Master degree in Clinical Optometry and Research from the University Camilo José Cela. He earned his membership in the American Academy of Optometry in 2004 (FAAO) and became a Diplomate in Cornea, Contact Lenses and Refractive Technologies in 2015. He is specially interested contact lenses, and has been trained to fit contact lenses in patients with pathological eyes such as keratoconus, pellucid marginal degeneration, dry eye and other corneal conditions.

A 20-year old keratoconus patient was first fitted with scleral lenses in 2016. The lenses were spheric with a diameter of 15.50mm. When wearing the lenses there was a central clearance visible of approximately 100 micron after wearing them for several hours in both eyes. There’s was no visible blanching or impingement in the landing zone of the lens even though a lens with a symmetric periphery was fitted. The wearing time was 15 hours a day with good vision and comfort. 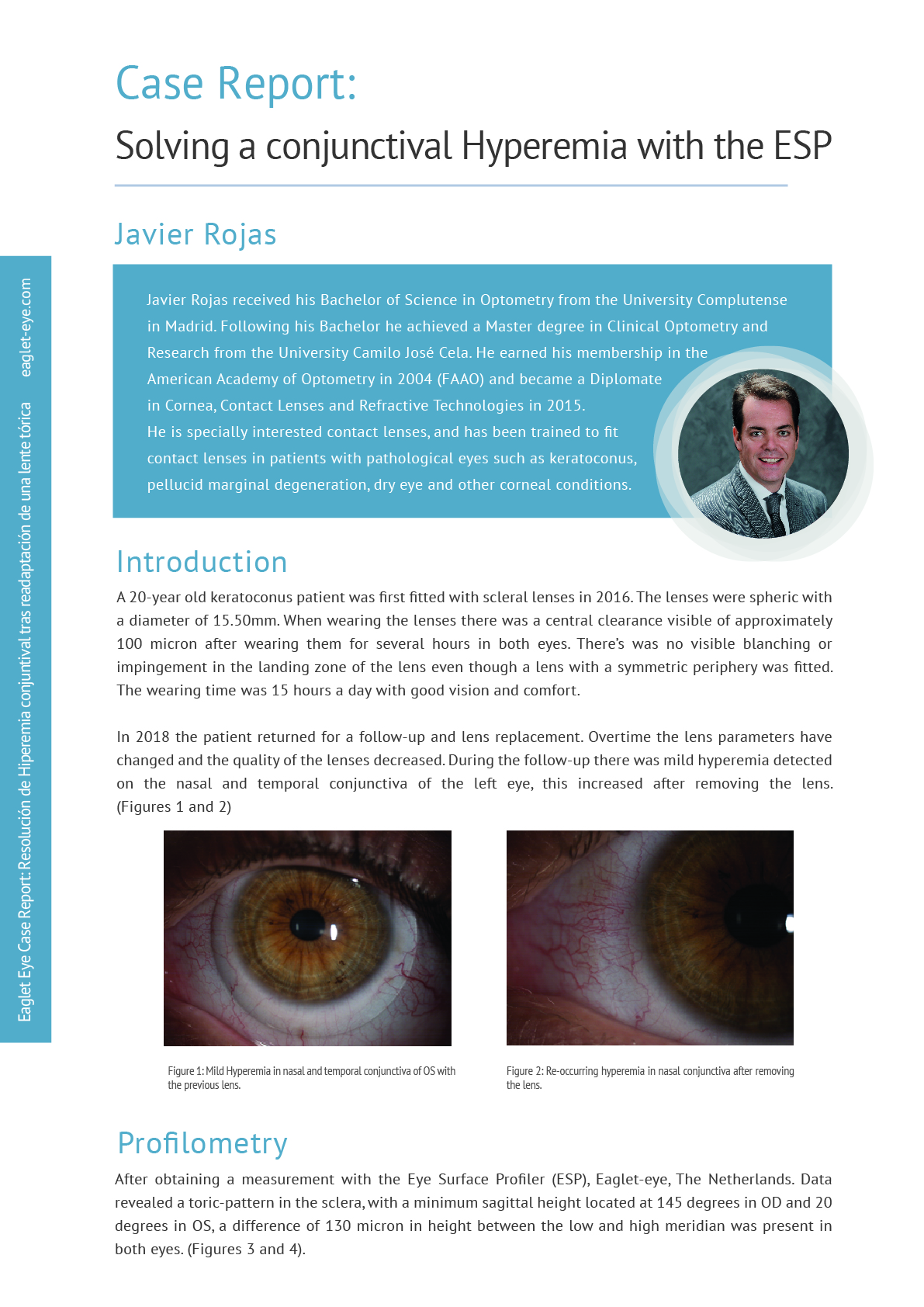 The Eaglet-Eye ESP gives unprecedented measuring accuracy across the cornea, the limbus and large areas of the sclera.

Our mission is to use breakthrough technology to improve the lives of both ophthalmic patients and their practitioners.